Is the rainbow having eight colours? 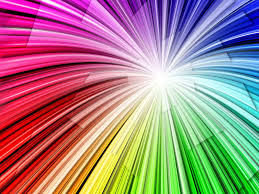 Scientists have identified an invisible eighth colour in the rainbow, a discovery that could have wide-ranging implications on the nature of military camouflage and modern espionage.

The discovery of the new ‘basic’ colour in the spectrum of light was made by physicists at the Randall Monroe University in West Virginia, who were investigating the properties of ‘slow light’; packets of photons that are fired through a cloud of ultracold sodium atoms, colliding with the light and slowing it to roughly 17mph.

This light was then funnelled through a series of carbon nanotubes in which the angle of incidence (the measure of how far the light beam deviates from aiming ‘straight on’) was enough to bounce the photos back on themselves, effectively ‘bunching’ the light waves together.

“Really, all it took was a bit of lateral thinking,” said Dr Flora Padyolis, a professor in elementary wave physics at the institution and a lead author on the new study. “If you imagine the spectrum of visible light as analogous to sound waves with each named colour corresponding to a musical note, then what we’ve done is to approach the problem from an entirely new angle, taking what people previously thought was a C natural and listening to it like a B sharp,” she said.

Experts say the colour, which has yet to be named, can be thought of as the first addition to the traditional spectrum since Isaac Newton first successfully split white light using a triangular prism in 1671.

The team from West Virginia are quick to point out this new colour “won’t be appearing as a crayon” any time soon, and that the shade is best thought of in similar terms to ‘grue’ and ‘bleen’; the portmanteau words used by linguists to convey the difficulty some languages have differentiating between blue and green.

Online, speculation focused on the supposition this new colour could be the key breakthrough necessary in the invention of a “invisibility cloak”.

While current designs rely on physically bending light around an object or shielding it from a small portion of the spectrum, scientists suggest that simply bathing the target in this previously unseen colour could have dramatic results.

“If we haven’t seen this colour before, how will other people see things we paint it with?” said Dr Padyolis.

The relative simplicity of the new technology could also impact on the consumer market, as researchers claim accessing the colour does not cost “extortionate” amounts. The fashion world is said to be particularly excited.