An Android-powered streaming and gaming set-top box for $99: Here is Amazon fire. 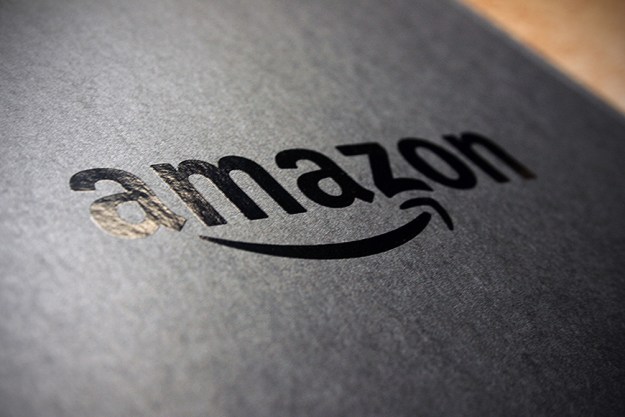 Amazon now looking up to finally make a play with your living room. Fire TV ,not a barebones device like the Chromecast, is a powerful Android-driven platform with ties to the broader Amazon ecosystem. Inside the slim black plastic box is a quad-core CPU with a full 2GB of RAM — that makes it more akin to a high-end smartphone than your typical streaming device. And its incredibly slim, shorter than a dime, with barely enough clearance for the small selection of ports around back, which includes the standard HDMI as well as optical audio and Ethernet.

According to Engadget The interface is incredibly image heavy. Browsing through the Amazon video store is basically just scrolling through an endless barrage of movie posters presented in a moving 3D bar. And, at least during the demo, the hardware churned through the slick UI with nary a hiccup in sight. But far more impressive was how quick videos were to load. Pressing play on almost any video instantaneously launched the movie or show. And we mean instantaneously. There was no pause, lag or loading screen — it’s impressive to say the least.

Amazon fire is not powered by a closed ecosystem instead the use of Android and HTML in it makes it more influential.

The device will launch with access to Hulu and Prime (obviously) but other partners will be added over time, Including Netflix, Plex, and NBA Gametime, if the demo screens are to be believed. It can pull in content from other Amazon services as well. If you’ve got photos on your Amazon Cloud Drive, you can beam them to your TV and look at them either as a scrolling screensaver mosaic or as a slideshow.

You can obviously control the Fire TV with the buttons on your remote, but you can also use voice control. Inside the remote is a microphone which captures your searches, sends them to the Amazon cloud, deciphers them and tells the Fire TV what to pull up. And it does all of this incredibly quickly, at least as fast as Google Now. Amazon is also bringing X-Ray to the platform. If you’ve got an Amazon tablet you can pull up additional info about characters, actors, and the soundtrack while you’re watching your favorite movies or TV shows. While you’ve been able to do that for sometime, it’s now a truly second screen experience. X-Ray for music is also accessible on FireTV, so you can see the lyrics to whatever track you’re listening too. Basically if it’s a feature of the Fire OS, it’s coming to the TV box. Even FreeTime, the kid-friendly version of the software that lets parents control what their children can watch, when and for how long.

it wasn’t super surprising, but Amazon also announced that it is bringing gaming to its new set-top. 2K, Double Fine and Ubisoft (among others) will be bringing their wares to platform. The biggest name though, is definitely Minecraft. While you’ll be able play games with the remote or a custom Amazon app for your phone or tablet, which is coming next month, the big news is that Amazon will be selling an accessory game controller — and yes it’s the same one we saw previously in leaks. It’s not unlike an Xbox controller, but with the standard set of Android buttons on its face and media controls along one edge. And to prove it’s serious about gaming, Amazon has scored a number of exclusive titles for Fire TV, like Sev Zero, which is built by Amazon Game Studios.

It is available now for 99$